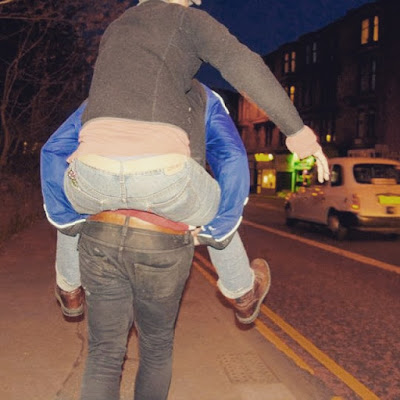 She told me it was the wrong way.  I smiled and agreed.  She asked if I was afraid of the possibility of death.  I smiled and said nothing.  I have become aware of and accepted the transient nature of all things, just as I have accepted loss of life.


This is the very moment in time when the wrong way is realised. Everything in its right place.  The distant father.  The lack of trust.  The sudden realisation that we have become unwelcome visitors in a confused strangers home, running alongside our brothers from what seems like an imminent death.  This is the only way we know.  This is the wrong way

"In order to find love you must travel." - Me

Subjectivity.  Emotion.  Romantic circumstances.  An uncertainty becomes difficult to define, and when control is relinquished a specific type of relationship is created.  It is honest.  It becomes untouchable whilst remaining unnervingly vulnerable. It is a longing for the unknown with an uncontrollable prediction for failure.

She has lasted the rain, felt the cold, and avoided the sea.  It is the 13th day of April 2012.  I felt my nerves building as the words were repeated, but pushed on nonetheless.  Moments later I am dazed and concussed on a length of highway near Paisley with her proudly peering from above with an all too proud smirk upon her all too proud face.  The van would later be towed to the scrapyard across from the Tesco in Maryhill and I, after a short stay in the hospital across from the B&Q, would be sent home with a handful of paracetamol, a bad taste in my mouth and a smile on my face.

Distance.  It is now the 13th day of April 2015.  What were the reasons I went to Wales??  It did not happen quite the way I expected, but i managed to live up to the expectations others seem to have of me.  I stop over in Manchester and am met by Simon's parents.  They feed me sandwiches and wine and let me listen to a cd of music their only son recorded nearly 15 years back.  It was ok. They ask me about me.  They are interested.  I soon take to public drinking on a park bench not far from the station.  Its not long before I finish the strong cider and go to deposit the bottle in the nearest bin.  I pause to allow for a final affirmation of artistic force...why is a bird a bird? I let the bottle drop and board a north bound train.