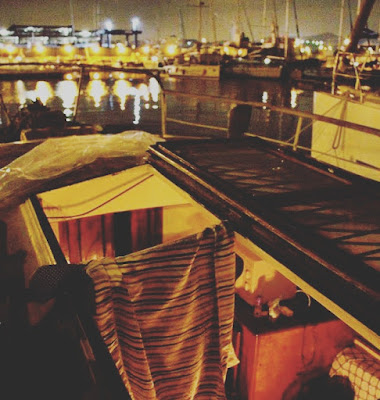 My everyday thoughts are occupied by those I love.  Alongside the thoughts of sex.  Made up love affairs.  The new year is nearly upon us and I find myself in an all too familiar situation.  No money.  No car.  A girl I can not trust.  And no place to call my own.  The only thing missing is my wisdom teeth and a fuller head of hair.  I'm finding this difficult.  Not difficult like playing an instrument or driving a motorized vehicle.  Difficult like attempting to finish a game of Monopoly.

A diet of propolis, garlic, ginger, and painkillers.  I will be better in no fucking time.  According to my ex-wife we were never married.  But the breakup feels like a more than tragic divorce.  Go back.  As a direct result of a diet of cocaine and organic cows milk, I've decided to Astroturf the deck.  I'm interrupted by a Spanish girl with a Spanish lisp inquiring about a cappuccino.  I would seem that I have proved myself right by proving myself wrong, but the fat girl doesn't seem to understand that I do not want to be friends.

I welcome death under the Catalonian sun. But with that being said, there a certain things that I wouldn't mind doing.  Like sex.  Or having a cup of coffee and maybe a snack from Dunkin Donuts.  And finding a paper with a horoscope hidden somewhere in its pages, then get really pissed off when I can't read it.

A diet of salmon and avocados and an abundance of red wine.  I think I was put off by her physical likeness to my own mother.  I suppose that sort of thing would do it for some boys,  but I have premonitions of closed eyes during sex and awkward glances at the dinner table.

She found herself a new man with a strangely shaped soft pallet that gave him a rather offensive protrusion of his two front teeth.  I can no longer remember her name.  She was a foreigner in a Spanish city.  She wasn't very attractive, but she gave me whisky, so I ate her pussy.  I didn't stick around and took the bottle with me when she went to the toilet.

It is the 18th day of September 2014.  I was born 30 years ago today.  I am living on a sinking boat in Marina Badalona, 5 km outside of Barcelona.  The next week will be strange...on the 25th I will apply for a job teaching english for the YMCA in Priego.  To my surprise I will be hired and leave Badalona on a west bound train that same night.

Organic is the way to go.

Bring 2 cups of water to a boil.  Lightly salt.  Reduce the heat to a simmer and slowly stir in the polenta.  Its like mixing plaster.  Keep adding until it is nice and saturated.  Once there, add a bit of cream and milk to thin it out.  You will want a small child present to continuously stir the pot for an hour while it cooks, maintaining a smooth texture by adding milk when necessary.  The longer you allow it to cook the better.  Pour yourself a heavy glass of wine and don't allow the child to put fingers in the mix.  It is hot and sticks like napalm.

When the time comes, generously wrap the shrimp with the prosciutto and dust with red pepper and ground fennel seed.  Don't be shy.  And don't use salt. You can leave the tails on if you want it to look fancy. Heat a large cast iron pan and pile the things in.  The pan should be hot enough to give a nice crisp and colour to the prosciutto before the shrimp overcook.  Which will happen.  Keep an eye on them, only a couple minutes on each side.  Push them to the side of the pan and add a bit of olive oil to the rendering from the pork.  Turn the heat all the way up and add your garlic and tomatillo.  After a quick stir pile in the spinach.  It should be making a lot of noise.  Let all the spinach get kissed by the heat, and add a splash of white wine and just a bit of salt.  Serve it quickly.  Your guests are hungry and the child is ready to go home.  Polenta on the plate first, 5 or 6 shrimp arranged on top (tails up), finish with a dollop of the spinach, some parmesan flakes, and some balsamic reduction if you happen to have it handy.

Refrigerate the leftover polenta in a shallow glass dish...like a pie dish.  You can cut the cold polenta in the morning...coat in flour and fry in hot oil.  Poach an egg to go on top, grab some rocket and a squeeze of lemon and watch Star Trek TNG.  YOLO.